USA Today is honoring women who have made significant contributions to their respective states and country. Rhode Island’s list includes two members of the RWU Law family.

Rhode Island has always been home to rebels and history makers.

From founding father Roger Williams’ banishment from Massachusetts Bay Colony, to Samuel Slater kick-starting America’s Industrial Revolution in Pawtucket, the smallest state in the nation is known for punching above its weight.

But we all know those stories by heart. Which is why this year, in recognition of the 100th anniversary of the passing of the 19th Amendment, we’re focusing on the voices that have so often been left out of history.

The USA TODAY Network is naming 10 American women from all 50 states and the District of Columbia who have made significant contributions to their respective states and country, as Women of the Century. You’ll find Rhode Island’s list below. […] 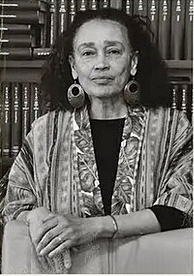 After a long and illustrious law career in Rhode Island, O. Rogeriee Thompson became the first African American and the second woman to serve as a First Circuit federal judge when she was appointed by President Barack Obama in 2009. She was confirmed by the Senate 98-0.

During her time as a district judge, she helped establish the state’s first Office of Court Interpreters to assist non-English speakers in their understanding of court proceedings, ensuring everyone in the state can access the highest quality legal representation, regardless of their language skills.

With degrees from Brown and Boston universities, Thompson got her start as a staff attorney with Rhode Island Legal Services, serving several stints in private practice along with years as Providence’s assistant city solicitor, an associate judge in Rhode Island District Court and an associate justice on Rhode Island Superior Court.

Thompson is a member of the Roger Williams University School of Law Board of Directors. 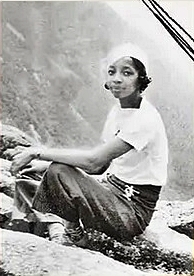 Crockett interned under James M. Stockett Jr., a prominent African American lawyer in Providence, and spent several years as an attorney largely representing clients from that community. She often appeared in headlines in The Providence Journal and other newspapers at the time for her outspokenness on politics and civil rights.

Crockett’s relatively short but dynamic law career blazed trails, not only for African American women, but for women in general, at a time when very few women were even applying for admission into the Rhode Island bar. In fact, she was the last woman admitted to the bar for a decade, and the last African American admitted to the bar until 1970. The Roger Williams University School of Law has gone on to dedicate a classroom in her honor.