With drawings and essays, Rhode Island students answer the question, “How has Justice Ruth Bader Ginsburg inspired me?”

Last December, Roger Williams University School of Law invited Ocean State students from grades K through 12 to submit essays and artworks on how they have been inspired by the legacy of late Associate Justice Ruth Bader Ginsburg of the Supreme Court of the United States, who passed away on September 18, 2020.

“Justice Ginsburg cared about equality for all people,” said RWU Law Professor Emily Sack, who advises the Women’s Law Society, which co-sponsored the contest, with its members serving as judges. “When she started her fight for women’s equality under the law, it seemed like an impossible task, but she worked hard and persisted, and made great strides for the things she believed in.

“She also knew that this is not something she could accomplish alone, and that we all have a part to play in making a better world,” Sack added. “She famously said, ‘Fight for things you care about, but do it in a way that will lead others to join you.’ We thought this essay contest would be a wonderful way for all of us, and especially our state’s students, to be inspired by Justice Ginsburg’s life and her call to action.”

The response was gratifyingly large and enthusiastic, and the judges found themselves making some very hard choices. But the winners have been selected and (drum roll) they are:

And now, without further ado, here are the winning entries. 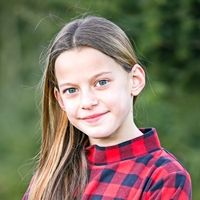 RBG inspired me by not being afraid to work with almost all men. The first time I saw the boys playing Jackpot at recess, I thought “that looks fun.” There were seven boys throwing and catching a football and yelling out numbers and different sayings, like “Pac Man” and “Mystery Box,” as they were throwing the ball. There were no other girls playing with them. I was really bothered, because while the boys were playing Jackpot, all the girls were playing Four Square.

I went over to the boys and asked if I could play Jackpot with them, because it looked like fun and I wanted to try playing something new. The boys said that I had to be able to throw and catch a football. I remember getting ready to throw the football and all the boys moved up close to me –clearly thinking I wouldn’t be able to throw the ball far. I threw the football in a spiral just like my Dad taught me and it went over their heads. Steve turned to Liam and said, “She throws better than you!” My throw impressed them enough, and they let me join the game. Once the other girls saw me playing, a few of them came over and asked if they could play, too. Steve asked them, “Can you throw the ball?” And I said, “Just let them play!” And the boys let them play.

A Seat at the Table 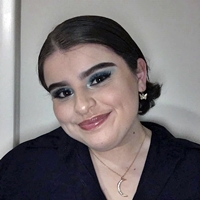 Ruth Bader Ginsburg was the epitome of a visionary. She knew what the world could be, and she sought to ensure that her vision became reality. Ginsburg was undeniably a mastermind, her levels of valor and genius were truly unmatched. And even though she grew up in a world where she was told to be quiet and proper by the society around her, she never let that affect her goals and ambitions.

Ginsburg’s mind worked like clockwork: everything had a place and, if all parts were moving together and correctly, the clock would tick in harmony. She held herself with a silent confidence: she had nothing to prove, no need to justify herself or her actions, no second guessing, just her self-assurance keeping her going. I aspire to acquire the level of confidence she held, and use her as the visualization of what that would look like.

Ginsburg accomplished so much throughout her career. She adjusted with the times and, most of all, she was an excellent listener. She had the ability to empathize with those around her; the ability to see things from a third person’s perspective. She was able to step back and view things from the perspective of those she was listening to, and to understand the disproportionate ways in which individual policies affected certain marginalized groups. Ginsburg seemed to hold all the qualities of an empath, in ways that make me want to see the world in the way she saw it. Her actions have made me strive to be more understanding and compassionate, to think of others and not only myself.

I cannot even fathom into words the level of genius which she possessed. The execution of her argued Supreme Court cases were unbelievably and undeniably brilliant. When I first listened to her court hearings, I was confused at first. I struggled to understand why she was so keen on finding male gender bias victims. It was upon hearing and reading the Califano v. Goldfarb case that it all clicked. Ginsburg got the judges to unknowingly admit the existence of gender bias, an institution they refused to admit exists. Instead of attempting to discuss gender bias against women, where it was strongest, to non-listening ears, she thought to establish it first against men: genius.

Ruth Bader Ginsburg taught me to not apologize for existing in a world where the odds are stacked against me, to question outdated and biased authority, and make the world a place I can openly and happily exist in. Not only was Ginsburg a women’s rights activist, but she was also an LGBTQ+ ally. She fought against racial injustice, and sought to abolish classist infrastructures within this country. Ginsburg taught me to be confident in who I am, and to fight for what I believe in. She told me and many other girls my age and those older, that we deserve our seat at the table.

While we may have to fight for it more than our male counterparts, we are every bit as deserving as those who have been handed a seat, if not more. Ginsburg earned all that she had. She paved her own path, made her own way in this world, and that is exactly what I intend to do. This past year of 2020 has taught me to be myself even if society will not accept me for it. And with Justice Ginsburg’s guidance throughout my adolescence, I feel as though I’m finally owning my identity.