The ABA recently released the employment data reported to it by all American law schools for the graduating classes of 2016.  Above the Law, a news website about the law, legal education, and lawyers, has reported on several studies of that ABA employment data.  One of those studies ranked American law schools by the percentage of graduates who secured state court clerkships because these are some of the most sought after jobs among law school graduates. They are valuable because they offer law clerks unique insights into the judicial process and effective advocacy and because they are a powerful stepping stone for a legal career.

According to that study, RWU Law ranks 6th in the nation in the percentage of graduates securing these valuable clerkships. 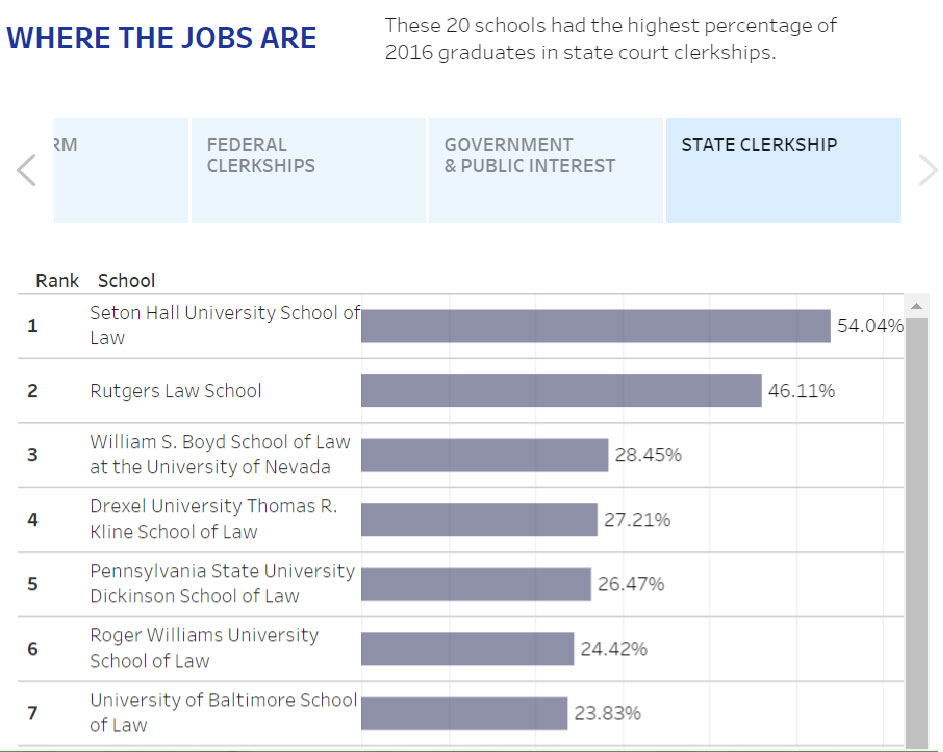