Whenever possible, I try not to simply assert that the program at RWU Law is special. Instead I try to give specific examples, preferably “objective” examples, or examples that do not come from my own observations. Let me show you a few recent indicators of the quality of the program and people at RWU Law.

This chart uses data collected by the Princeton Review for its 2018 169 Best Law Schools publication. Students at those 169 schools evaluated their faculty’s accessibility and ability to hold students’ interest. The faculty at RWU Law, once again, ranked very highly among New England law schools. In fact, according to this year’s data, we rank third in the entire region -- ahead of Vermont, Maine, UNH, Northeastern, Quinnipiac, Suffolk, UConn, Harvard, and Yale. (Western New England and UMass-Dartmouth were not included in the Best Law Schools publication). 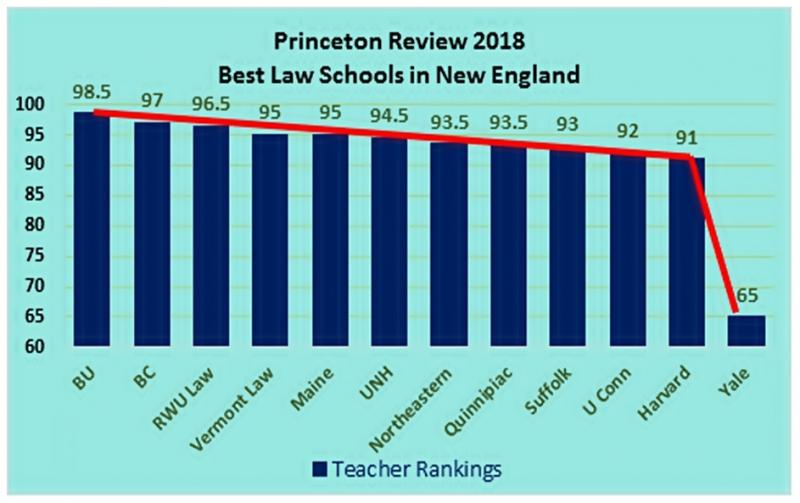 Princeton Review also includes a narrative based on surveys of students at each school included in its Best Law Schools publication. Portions of that narrative for 2018 also reveal our students’ perception of the teaching at RWU Law:

“[T]he stellar faculty . . . make Roger Williams an impressive law school . . . . The small size draws students in, who are comforted ‘that everybody knows your name, whether it’s a librarian, your professor, or the dean. . . . [T]he coursework is innovative and creative. . . .’ Roger Williams’ students brag that the faculty helps students ‘succeed in a personalized manner. They take the time to get to know you and truly understand your idea of law.”

Second, in its annual “Back to School” issue National Jurist Prelaw Magazine ranked the public interest programs at RWU Law #21 in the nation and noted that we are “one of only about a dozen law schools that guarantee students a live client experience.”

National Jurist Prelaw Magazine also lists RWU Law as having one of the best 50 criminal law programs in the country: 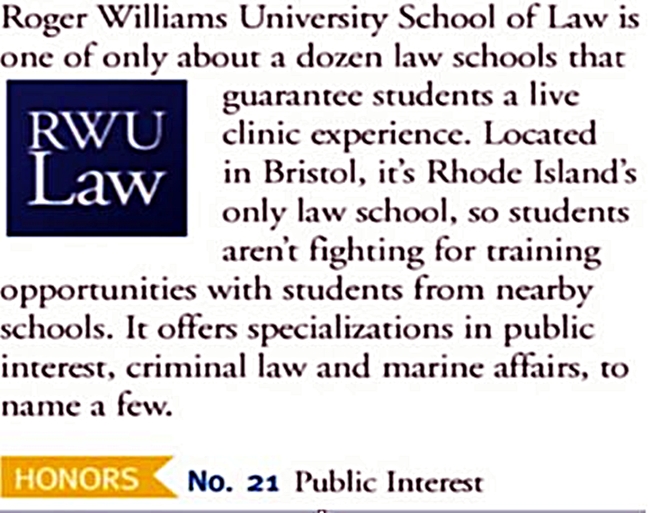 Finally, we have now received the results of the performance of our recent graduates on bar exams administered in July across the country. We are now able to calculate pass rates for our first-time takers in 2017, and in some jurisdictions we have the data necessary to calculate pass rates for the graduates of other law schools. The following charts show comparative pass rates for the Massachusetts and Connecticut bar exams – two of the most popular exams among our graduates. They tell a story about the quality of the academic success program at RWU Law. I will let these charts speak for themselves. Show, not tell. 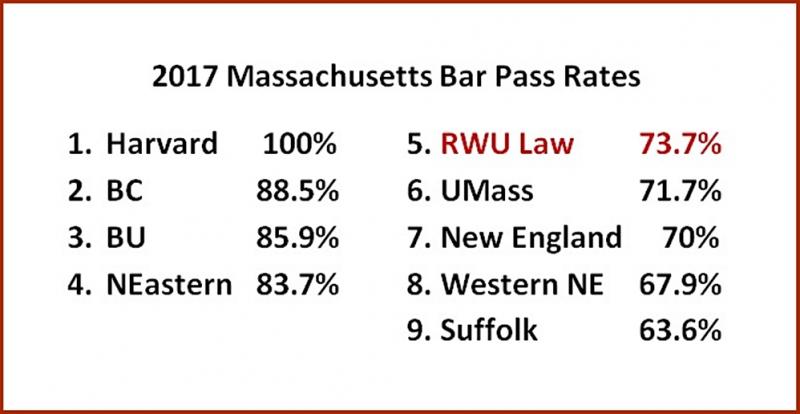 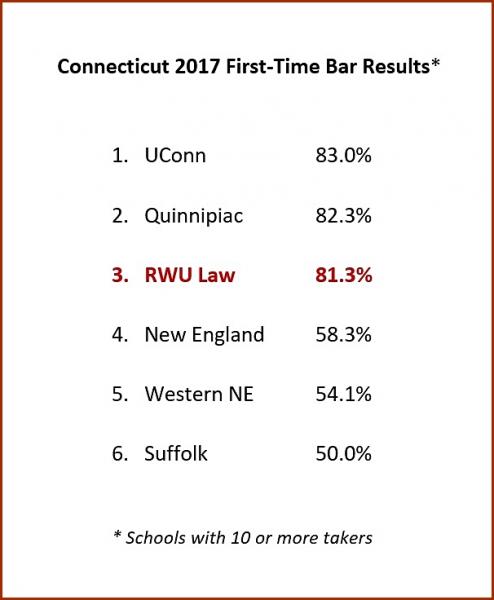