"I believe we had made a moral commitment to that first class to get the school accredited as fast as humanly possible. So we got John Ryan, because there was no one who knew more about the accreditation process than he did." – Professor Anthony Santoro 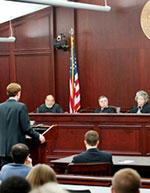 Chief Justice Joseph Weisberger commences the tradition of the Justices of the Rhode Island Supreme Court presiding over the final rounds of the annual Moot Court Competition. Weisberger was joined by the Honorable Florence K. Murray, the Honorable Donald F. Shea, and the Honorable Victoria Lederberg. 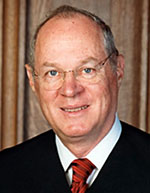 Inaugural Commencement held May 18, with U.S. Supreme Court Associate Justice Anthony Kennedy as commencement speaker. There are 87 Day Division graduates (Extended Division students from the first class would graduate in 1997).

The Feinstein Institute for Legal Service, the hub of RWU Law’s public service initiatives, is established with a $1 million donation from Rhode Island philanthropist Alan Shawn Feinstein on September 9. 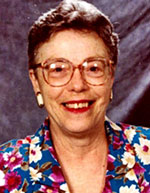 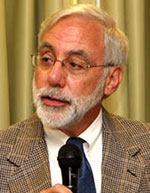 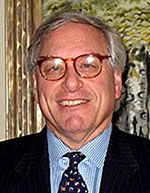 Harvey Rishikof is appointed Dean, effective July 1. Rishikof was previously legal counsel to the deputy director of the FBI, serving as liaison to the Office of the U.S. Attorney General. He had also served as U.S. Chief Justice William Rehnquist’s chief of staff from 1994 to 1996.