The Moot Court Board is a prestigious organization that affords numerous opportunities to its members.  Many Board members participate in national external advocacy competitions which require both writing and appellate brief and performing an oral argument.

The Board strives to bring the world of appellate advocacy to its fellow law students. In the past, Moot Court has hosted guest speakers, lecture series, and sponsored visits to local courts to observe oral arguments. In 2017, the Board hosted Appellate Advocacy Week, intended to promote awareness among 1Ls about the importance of appellate work in the court system.  The Board consistently develops its outreach program that leverages the School of Law's close connection with the local appellate advocacy bar.  Many RWU Law alumni support the Moot Court Board by assisting in the administration of the Esther Clark Competition and coaching external competition teams.

The Board also runs the 1L Moot Court Competition, which gives first year students the chance to develop their advocacy skills and try out for a position on the Moot Court Board.

If you have any questions about the Moot Court Board, please email mootcourt@g.rwu.edu. 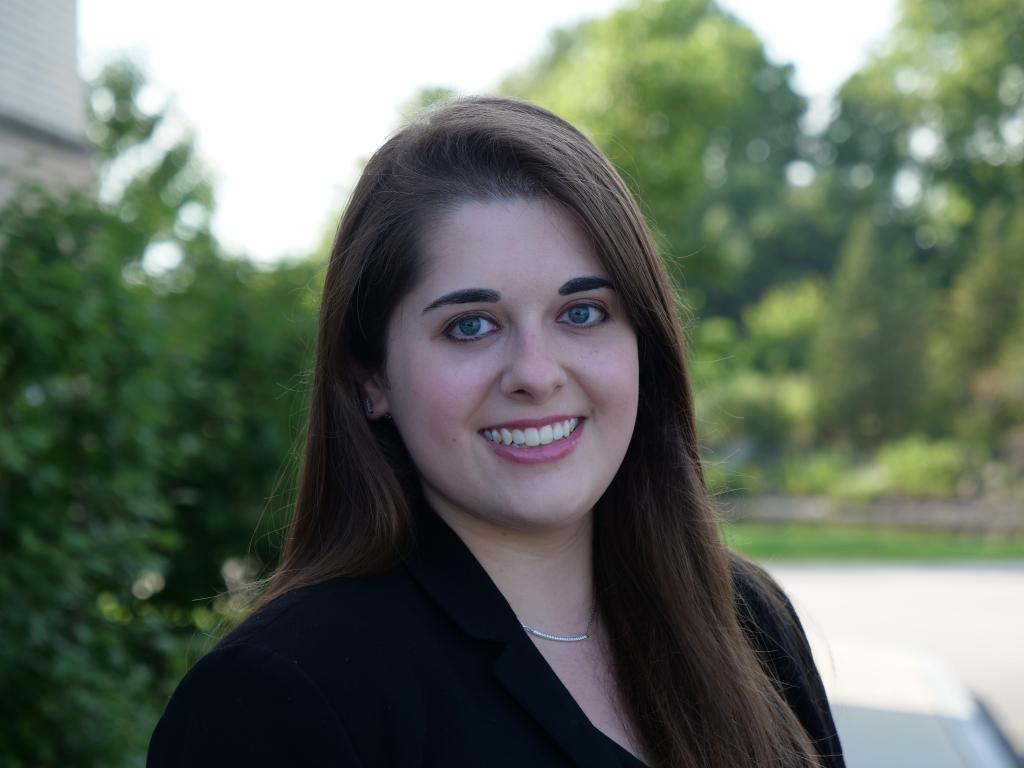 Sarah Kravetz (President)
Sarah Kravetz was born in Cambridge, England, raised in Texas, and resides in Virginia. She graduated from American University in Washington, D.C. with a Bachelor of Arts in Journalism and International Relations. Sarah was a journalist at the 2015 New Hampshire Primary and contributed articles and podcasts to the Boston Globe. In 2016, she also anchored and produced a contributing piece to the American University Television News broadcast on the Annual National Christmas Tree Lighting Ceremony in Washington, DC. Sarah also interned and externed at multiple non-profits and interned with then-Congressman Ron DeSantis. She is the newly elected President of Moot Court for 2021-2022 and President of Phi Alpha Delta-Madison Chapter at RWU Law. Sarah won the 2020 Mini-Moot Competition. Sarah was a semi-finalist in the Esther Clarke Competition and received 2nd place for Best Oral Argument. Sarah is an Academic Success Teaching Fellow and will be a Writing Center Teaching Assistant in the fall. After graduation from RWU Law, Sarah will join the US Air Force JAG Corps. 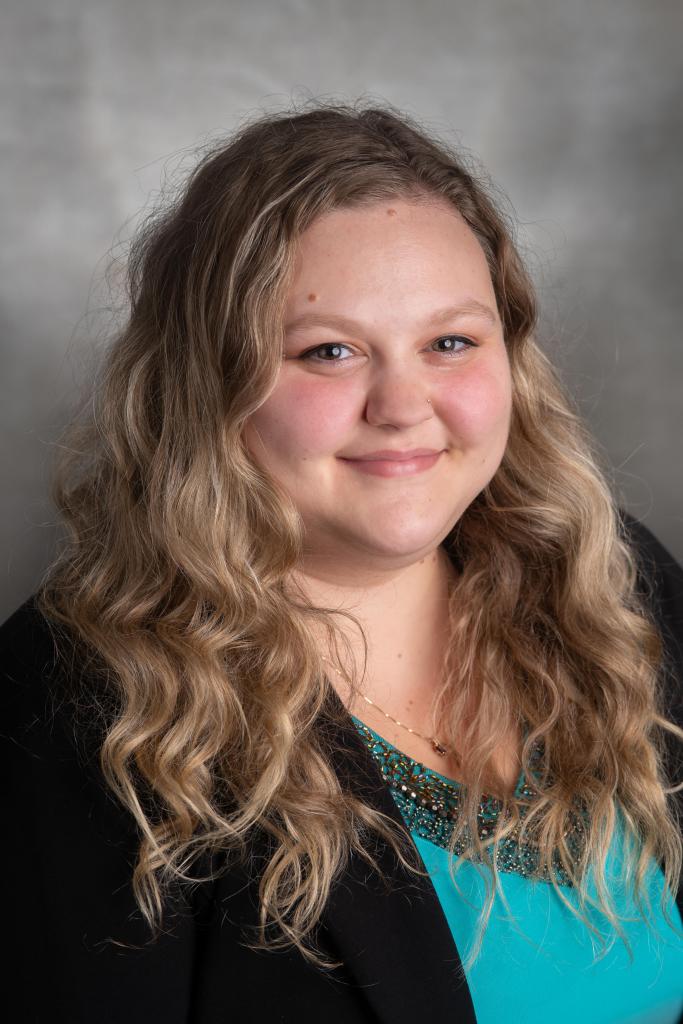 Kacey Stone (Vice President)
Kacey Stone is from Farmington, Connecticut. She graduated from the University of Connecticut in 2018 with a Bachelors in English Literature with a minor in Human Development and Family Studies. Kacey has been a research and teaching assistant for Professor Emily Sack since the summer of her 1L year, and researches various topics including the death penalty and domestic violence. Kacey is also involved in various student organizations and serves as Treasurer for Phi Alpha Delta and Secretary for Association of Public Interest Law. This upcoming summer, Kacey will be interning at the Office of the Federal Public Defender for the Northern District of Florida's Capital Habeas Unit. Kacey has also been accepted into the New York Pro Bono Scholars Program where she hopes to find a placement that provides criminal defense in death penalty cases. 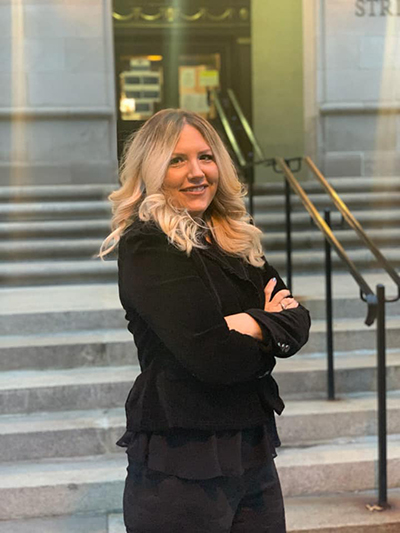 Jill Magnus
Jill Magnus is from Middletown, RI and currently lives in Newport, RI. She graduated summa cum laude from the University of Rhode Island with a Bachelor of Arts Degree in English Literature. During her 1L year Jill taught Street Law at The MET in Newport and interned at the Statehouse with the Legislature and also with the Senate Policy office where she wrote legislative reports on facial recognition technology and law enforcement training and drafted a bill to ban hydraulic fracking in Rhode Island. During her 2L year, Jill won the 2020 Esther Clark Moot Court Competition at the Rhode Island Supreme Court as well as winning Best Oral Advocate and Best On and Off Brief Performance. In addition to Moot Court, Jill is a member of the Roger Williams Law Review's Senior Editorial Staff. Jill was also a Street Law Mentor during her 2L year. In her 3L year, Jill is looking forward to serving on the Moot Court Executive Board and participating in the Judicial Externship, where she will be Federal District Court Judge Mary McElroy's extern in the fall. Also in the fall, Jill is competing in the National Moot Court Competition. In the spring of her 3L year, Jill is participating in the Corporate Counsel Externship and will be a Teaching Assistant for Professor Spacone. 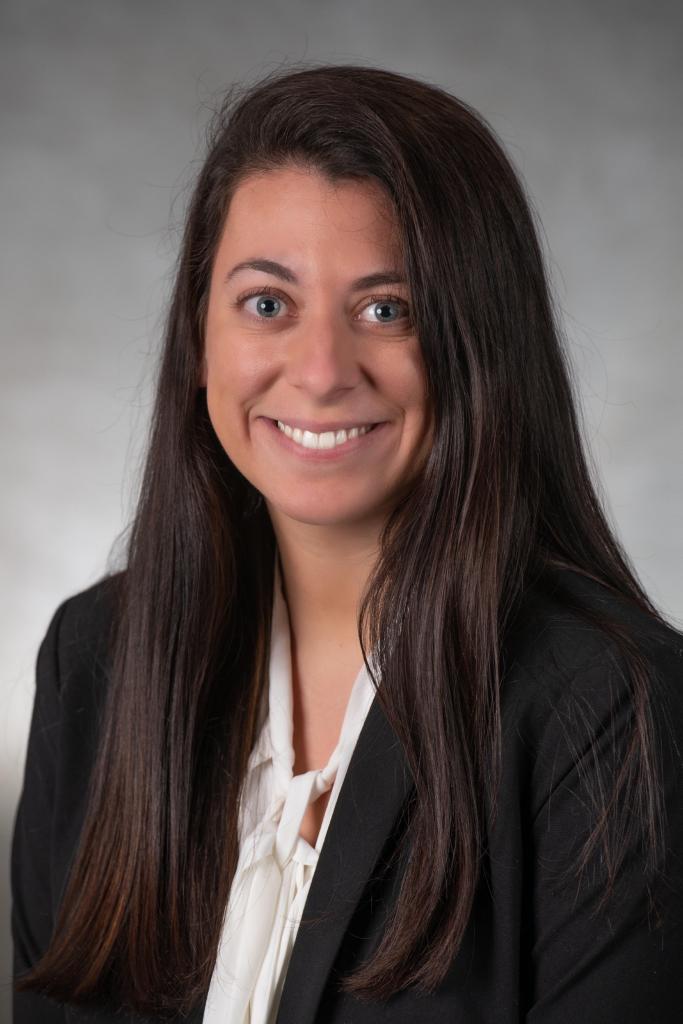 Amanda Tramonte
Amanda Tramonte is from Bridgewater, Massachusetts. She graduated in 2018 from Saint Anselm College in Manchester, New Hampshire with a Bachelors of Art in Politics and Economics. At Roger Williams, Amanda is a member of the Moot Court Executive Board, property teaching assistance for Professor Jonathan Gutoff, legal writing teaching assistant for Professor Justin Kishbaugh, secretary of the Tax and Business Law Society, VITA Pro Bono Student Leader, and enrolled in the Accelerated J.D. Program. Currently, Amanda is a judicial extern for the Honorable Richard A. Licht at the Rhode Island Superior Court. Amanda was a finalist and winner of Best Brief at the 25th Annual Esther Clark Moot Court Competition. This summer, Amanda will be a summer associate at Adler Pollock & Sheehan P.C. in Providence, Rhode Island as well as a Research Assistant for Professor Spacone. During the fall of her 3L year, Amanda will compete in the National Moot Court Competition and she will also be participating in the Corporate Counsel Externship as an extern at Textron. 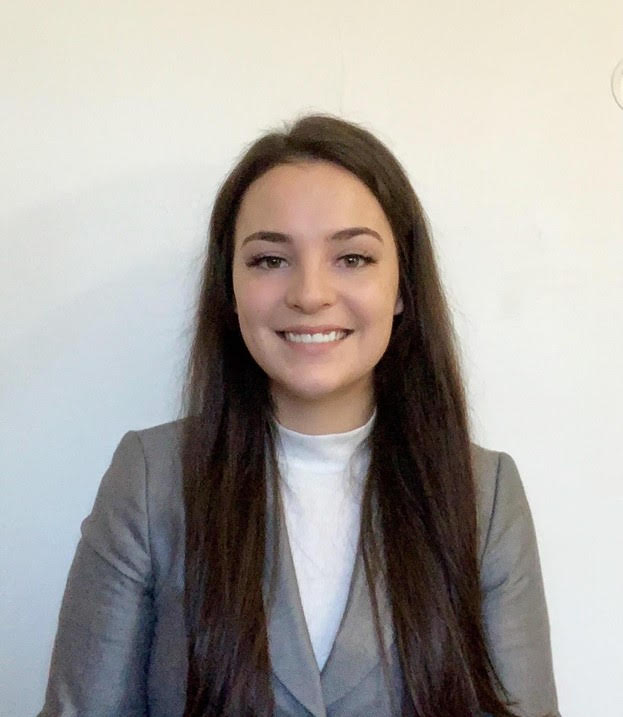 Taylor Woehl (Chair of Communications and Finance)
Taylor Woehl is from Aberdeen, South Dakota. She earned a Bachelor of Arts in Political Science and a Bachelor of Arts in Crime and Justice Studies in three years from the University of Massachusetts Dartmouth in Dartmouth, Massachusetts, where she was a member of the women’s soccer team. At Roger Williams University, Taylor volunteers for the Volunteer Income Tax Assistance Program. During the summer following her first year of law school, Taylor interned for the Rhode Island State Government Internship Program where she wrote a piece of legislation that was presented to the Rhode Island General Assembly and was aimed at lowering recidivism rates in Rhode Island. Taylor was a semi-finalist and winner of Runner-up Best Brief at the 2020 Esther Clark Moot Court Competition. Additionally, Taylor looks forward to working as a Teaching Assistant for Professor Justin Kishbaugh during her 3L year. 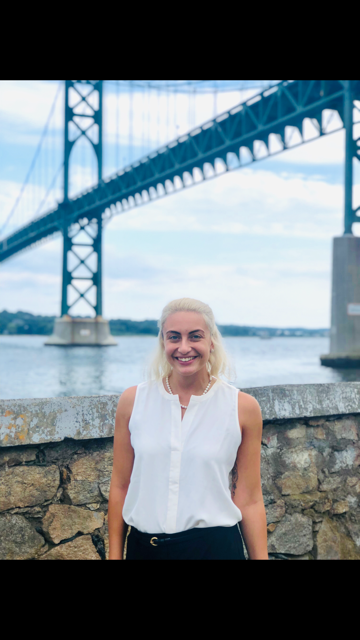 Giuliana David is from Middletown, Connecticut. She earned a bachelor's degree in Psychological Sciences with a minor in Women Gender and Sexuality Studies. At Roger Williams University, Giuliana is a teaching fellow for academic support, a street law leader, a member of the SBA, and a student ambassador. After her first year of law school, Giuliana interned for the Rhode Island Governor’s executive legal counsel. And after her 2L year, Guiliana will be interning at the Victim's Rights Center of Connecticut. Some of Giuliana’s favorite things are meeting new people, working with kids, and catching up with her friends over a good cup of coffee. 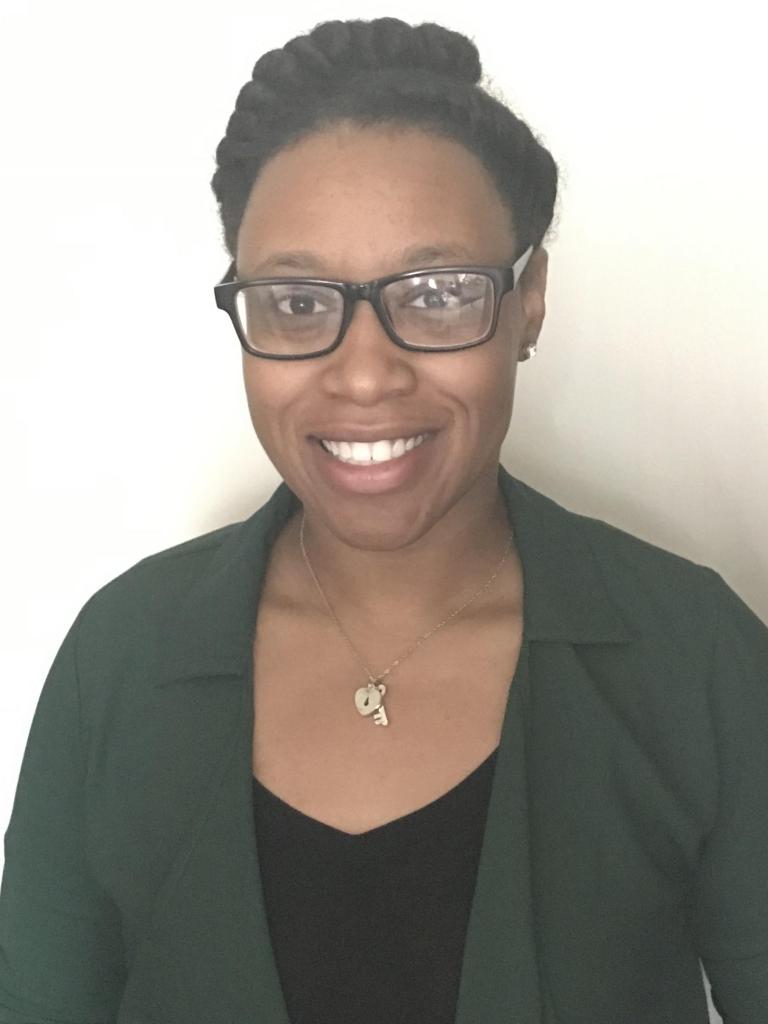 Tresina M. Dickens is from Chicago, Illinois, and she is interested in tax and real estate law. Tresina graduated from Southern Illinois University-Edwardsville in 2016, majoring in Political Science with a minor in Pre-Law. Before attending Roger Williams University School of Law, Tresina held multiple legal positions in intellectual property law firms. While her experiences in the intellectual property field were fruitful, she looks forward to her future in tax and real estate law. During her 2L year, she volunteered with the VITA program and is looking forward to being Rhode Island Superior Court Justice Brian Stern's summer intern. After law school, she intends to pursue a L.L.M in Tax. 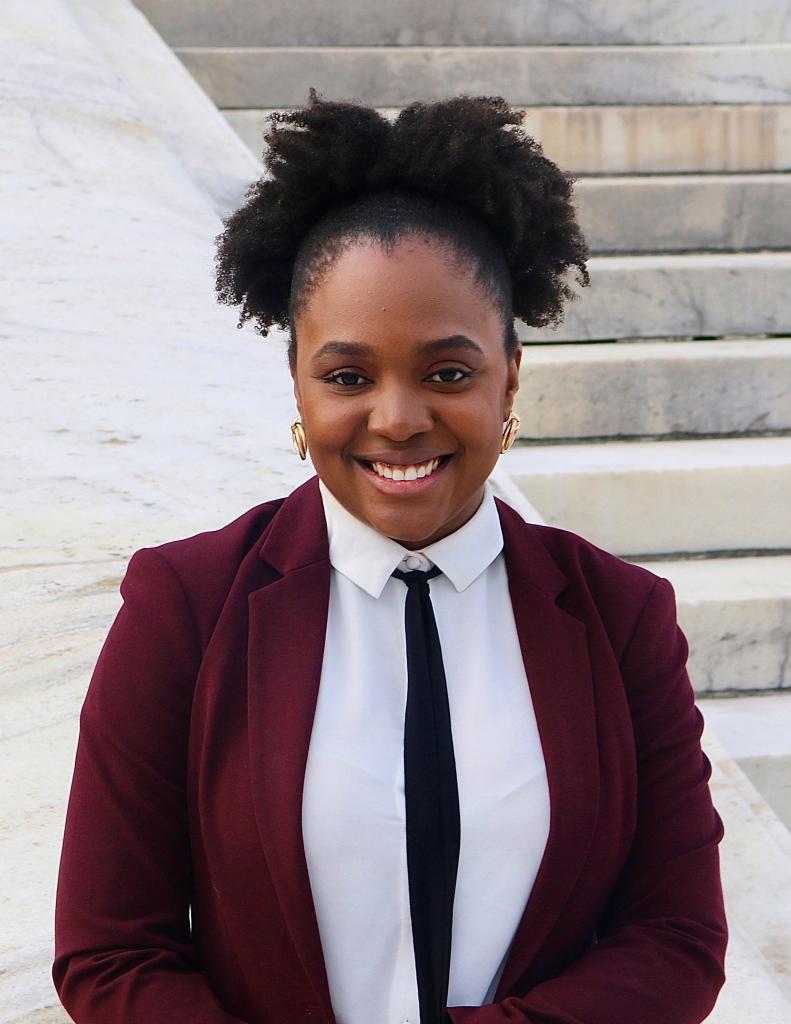 Laitza Germain was born and raised in Port-au-Prince, Haiti. She graduated from Saint Thomas University in 2017, with a Bachelor in Business Management with a minor in Political Science. She then worked at a non-profit immigration law firm in Miami and became a Guardian Ad Litem in the 17th Judicial Circuit in Florida.  In 2019, she graduated with a Masters in Business Administration at Saint Thomas University. Upon graduation, she moved to Rhode Island to attend law school at Roger Williams University School of Law. Her first year, she became the 1L Representative for both the Black Law Student Association and the Christian Law Association. In the summer following her first year of law school, Laitza interned for the Chief Judge Jack McConnel Jr.  in the U.S. District Court for the District of Rhode Island. In the summer of second year of law school, Laitza interned at the Legal Society's Juvenile Rights Practice Group in Brooklyn, NY. As a third year law student, Laitza serves as the President for the Black Law Student Association. 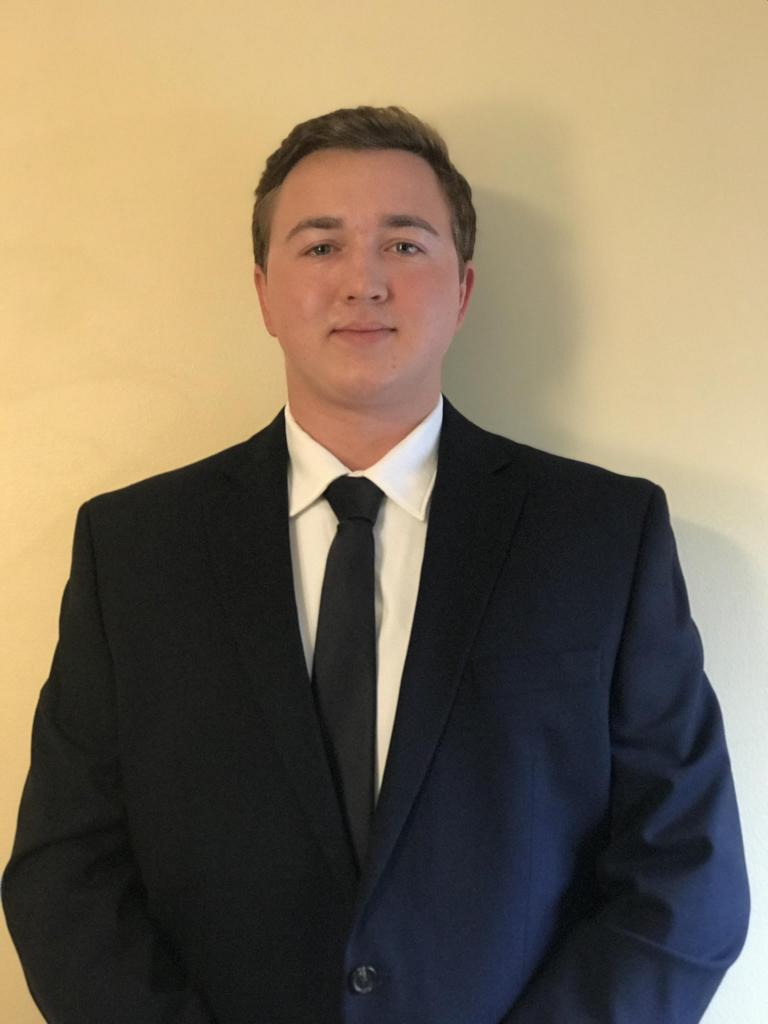 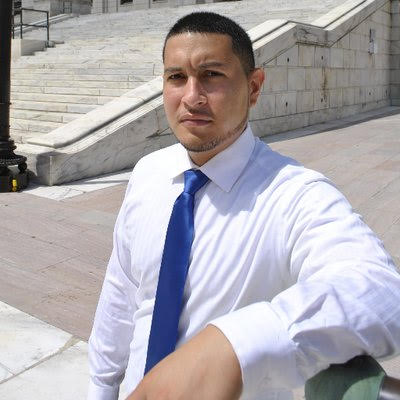 Jonathan Vallecilla has lived in Rhode Island since he immigrated to the United States with his mother at the age of four years old. At a young age Jonathan became passionate about politics and the law. He has an Associates Degree from the Community College of Rhode Island, as well as a Bachelor's Degree in Communications from Rhode Island College. Jonathan was a 2019 New Leaders Council Fellow for the Rhode Island chapter, and has served as a Selections Committee Co-Chair for NLC RI since then. Jonathan is currently a Juris Doctor Candidate at Roger Williams University School of Law, and hopes to practice criminal defense and immigration law upon graduation and passing the Bar.